What is an Emotional Support Animal?

Emotional Support Animals, also known as ESAs, are animals, mostly pets that provide a therapeutically healing relationship to their human companion who has been diagnosed with a mental, emotional, or psychological disorder.

Service animals are mostly limited to trained dogs. On the other hand, ESAs may be any type of pet that provides you comfort, whether it be dogs, cats, birds, or even pigs.

Also, Emotional Support Animals do not have to be subjected to any sort of formal training. All that is needed is that your pet, which is acting as your emotional support animal, behaves within common reasonable standards (which include being house-broken or staying calm and quiet in public or busy areas). Also of note: the ESA must not pose any threat toward other people or animals. 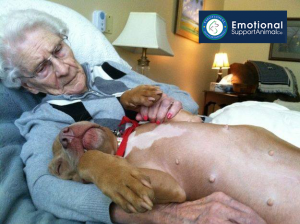 In order for you to have an Emotional Support Animal, you must first be diagnosed with a mental, emotional, or psychological disorder. Once diagnosed by a licensed mental health professional, whether it is a Clinical Social Worker, Psychiatrist, or Psychologist, you will receive an official letter with the professional’s letterhead acknowledging that you have been prescribed an ESA.

By having a letter stating you are in need for an Emotional Support Animal, you will be protected against discrimination by the American with Disabilities Act, which has been updated to include people who suffer from mental, emotional, or psychological disorders.

Since people with Emotional Support Animals are protected by the ADA, there are some benefits which may help you find housing and travel without being discriminated against. 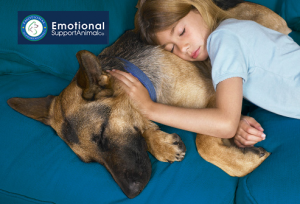 Finding adequate housing may present a struggle normally. That challenge is magnified if you possess a pet as many landlords and housing managers do not like having pets on their premises.

But, if your pet is being used as an Emotional Support Animal, then you are protected by Federal law from being discriminated against and are legally entitled to an equal opportunity for housing as people with no pets. You will even be able to qualify for housing that has no-pet policies. Along with this, you will not have to pay for pet fees and you will not be limited to the size or breed restrictions put on some places. With an ESA, there is no reason to worry about pet deposits or additional fees. 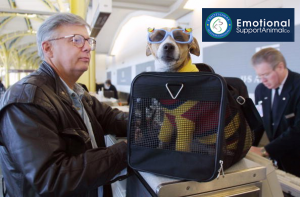 Traveling often times presents a stressful situation and can also be a burden to someone with a mental, emotional, or psychological disorder. If you are in possession of an Emotional Support Animal, you do not want to leave your companion behind. Airlines have started to charge exuberant amounts to have our pets fly and often times it can be a dangerous or strenuous situation for them.

A person who has an Emotional Support Animal is protected by the Air Carrier Access Act, which allows a person to bring their ESA onboard with them during the flight at no extra charge. If you report to your airline ahead of time, it is easy to take your furry companion on travels with you without having to worry about their safety. The Air Carrier Access Act protects people under Federal law from being discriminated against by airlines or airports and makes them provide reasonable accommodations to patron with disabilities. So there is no reason to have to worry about leaving your ESA behind.

Having an Emotional Support Animal is a viable way to mitigate the symptoms of mental, emotional, or psychological disorder. By being prescribe that, people are allowed certain rights which are protected by Federal law. There are benefits to having an ESA which come in forms of housing and travel protection. If you are thinking that you may qualify for an ESA, take a look at our website for more details and to take a short screening.