Are Owners To Blame for Ill-mannered Dogs? 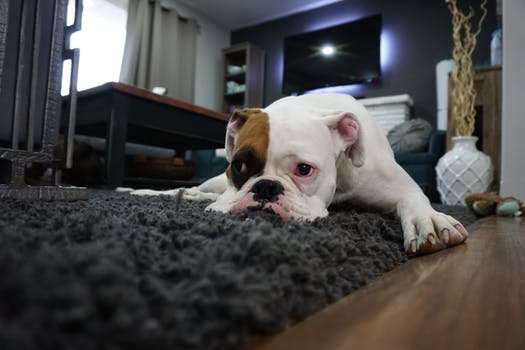 You see a dog passing by; it becomes almost irresistible not to go and pet it. But what if the dog becomes aggressive and bites? Or snarls at you? Who is to blame, the dog or the owner?

For a long time, there have been speculations contributing to the idea that a specific “breeds” are aggressive or anti-social. But is it the fault of the breed? Not quite.

Most dog owners believe that dogs are inherently good and on adoption present a blank canvas to their owner to work with. But there are others who acknowledge the behavior of the dog based on its temperament. For example; take a family who adopts dogs. They are sure to have a variety of breeds and will care for the puppies in the same manner. However, you will often hear the describing their puppies behavior and responses as different. This difference can only be attributed to one thing- the dog’s temperament.

If we were to blame dog-parents for the behavior of their furry companion, then all dogs from the same home should behave the same. But, this is not true, there certainly are variations.

This is because some dogs are naturally aggressive and do not react as you would want them to. Some puppiesthat will snarl and growl at you and do not like being touched. Most trainers prefer breeds that are easy to handle and train. For the job of a performance dogs breeds such as poodles are hand-picked, because they are easy to train and maintain.

The observations detailed above show that the behavior of the dog is partially their temperament and partially their upbringing. In some sad cases, you will find a loving dog such as a Labrador snarling and growl in the corner. This reaction of an otherwise cal creature may be due to neglect and abuse. 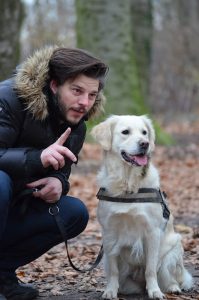 The best thing about dogs is that they “can” be trained, despite their nature. Consistency in training and proper care will result amazing dogs even if it takes longer than it would with a calmer breed. Most behavioral inconsistencies are a result of dogs being adopted as adults or a challenging breed being taken into an aggressive and negligent home.

Where most adult dogs can react unpleasantly, they are most likely to end up being calm and playful eventually. But if an aggressive dog is taken in, into the wrong environment this will only make the condition worse.

In some cases, you as an owner need to go the extra mile. Some puppies are so aggressive that being adopted by an average caring home where the owners have no experience with dogs can end up being disastrous.

It is crucial that when you are working with an aggressive dog, you know what you are doing. Affection, proper food, and exercise aren’t going to cut it. You will need to do more to get a properly functioning dog.

An aggressive puppy is a challenge. They do not like to be petted and lash out unexpectedly. Inexperienced owners can go wrong in so many instances with such a puppy. Hence, if you are a new owner, get a calm tempered dog for yourself.

If you are dealing with a puppy that has a challenging genetic predisposition to act out, do not panic. Rather seek the help of a professional and work on bringing out the best in your fuzzy friend. Remember, aggressive and ill-mannered dogs are not destined to be “bad.” Rather they can be turned into loving creatures if the owner works towards it.